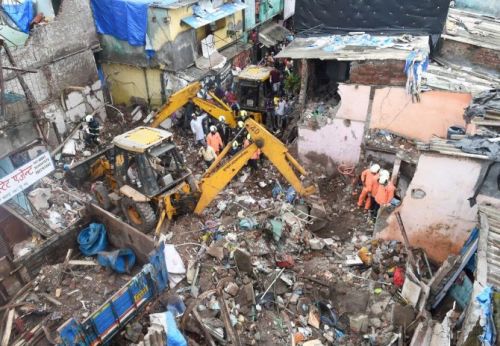 The Mumbai Police has arrested Ramzan Sheikh, the contractor who constructed the building in Malvani which collapsed on Wednesday night, killing at least 11 people The police has booked building owner Rafeeq Siddiqui.Eight children were among those killed and seven others injured after two floors of a three-storey residential building collapsed on an adjoining single-storey house in Malwani in suburban Mumbai.
« Back to LIVE