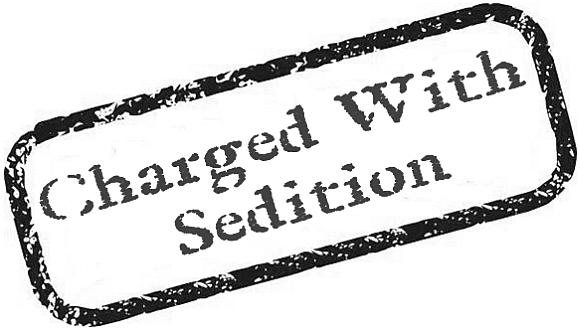 Filmmaker Aisha Sulthana, who was booked under sedition charges by Lakshadweep police on June 10, said on Friday that she will 'keep fighting' for her native land and her voice will 'grow louder' from now on.
Lakshadweep Police had on Thursday booked Sulthana on sedition charges on a complaint by a BJP leader that she spread false news about the spread of COVID-19 in the union territory during a TV debate.
The complaint was filed by the BJP's Lakshadweep unit president, Abdul Khader.
'I did not raise my voice for the land just so that I will lose my strength when they attempt to weaken me. From now my voice will only grow louder,' she wrote on Facebook.
According to the first information report lodged by Kavaratti police, a case under sections 124 A (sedition) and 153 B (hate speech) of the Indian Penal code has been registered against the filmmaker.
'The BJP leader who filed the case hails from Lakshadweep. While he betrays his native land, I will keep fighting for it. It is the betrayers who will find themselves alone tomorrow,' she said in her post.
Khader, in his complaint, said that Sulthana, during a debate in a Malayalam TV channel, had alleged that the central government used biological weapons for the spread of COVID-19 in Lakshadweep.
'Now to the people of Lakshadweep: The sea protects you and you protect it in return.What the betrayers have and what we don't is fear,' Sulthana said in the post.
The BJP leader, in his complaint, has alleged that Sulthana's was an anti-national act, which tarnished the 'patriotic image' of the central government and and sought action against her.
The Lakshadweep-based model and actor Sulthana has worked with several Malayalam filmmakers.
An archipelago located in the Arabian Sea, Lakshadweep has been witnessing protests by locals over the recent actions and administrative reforms being implemented byisland administrator, Praful Khoda Patel.
The residents are seeking repeal of the proposed Lakshadweep Development Authority Regulation, the Lakshadweep Prevention of Anti-Social Activities Regulation (PASA or the Goondas Act) and the Lakshadweep Animal Preservation Regulation (LAPR).
Since then, social media has been flooded with #SaveLakshadweep, with thousands of others trending the hashtag.
Expressing solidarity with the people of Lakshadweep, the Kerala Assembly had unanimously passed a resolution on May 31, demanding the recall of the administrator and requesting that the Centre immediately intervene to protect the lives and livelihood of the islanders. -- PTI
« Back to LIVE