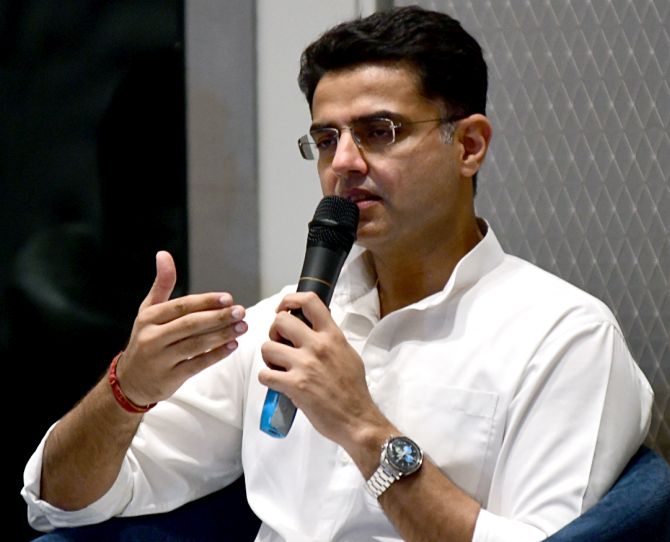 Congress MLA Hemaram Choudhary, who had sent his resignation to the Rajasthan assembly speaker, met former deputy CM Sachin Pilot at the latter's residence in Jaipur on Friday. The MLA from Barmer's Gudhamalani constituency was among 19 legislators who had rebelled against Chief Minister Ashok Gehlot under Pilot's leadership last year.
Choudhary, considered close to Pilot, said he has listened to his heart and decided to resign.
"I resigned after listening to my heart. People may appeal to me to withdraw the decision, but it is for me to decide," he told reporters.
It was his first visit to Jaipur after sending his resignation letter to assembly Speaker C P Joshi on May 18. Choudhary had said that he was anguished over some issues, therefore, sent the resignation letter. He is said to be dissatisfied with the Ashok Gehlot government over the alleged stoppage of the developmental work in his constituency. -- PTI
« Back to LIVE