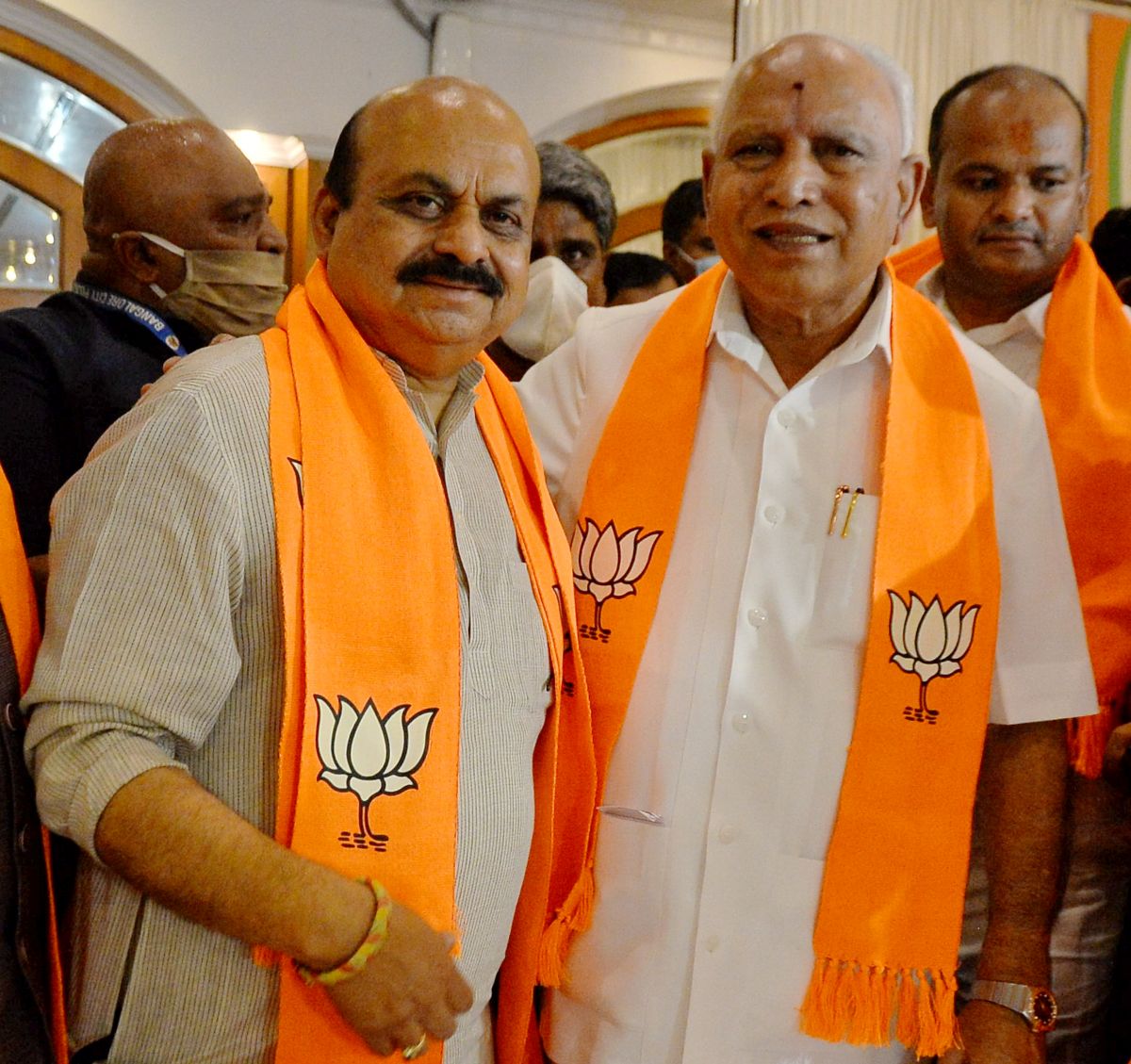 Newly appointed leader of the Bharatiya Janata Party legislature party Basavaraj Bommai on Tuesday said Governor Thaawarchand Gehlot has invited him to form the government and he will take oath as Chief Minister at 11 am on July 28.
"I have informed the Governor about my election as the leader of the legislature party. He has invited me to form the government. We have discussed and decided that I will take oath tomorrow at 11 am," Bommai said.
According to the Governor's office, the oath taking ceremony will be at the Glass House in the Raj Bhavan.
The 61-year-old leader also said that he alone will take the oath of office on Wednesday.
Soon after his election as the leader of the BJP legislature party, Bommai, along with caretaker Chief Minister B S Yediyurappa, drove to the Raj Bhavan to stake claim to form the government.   -- PTI
« Back to LIVE