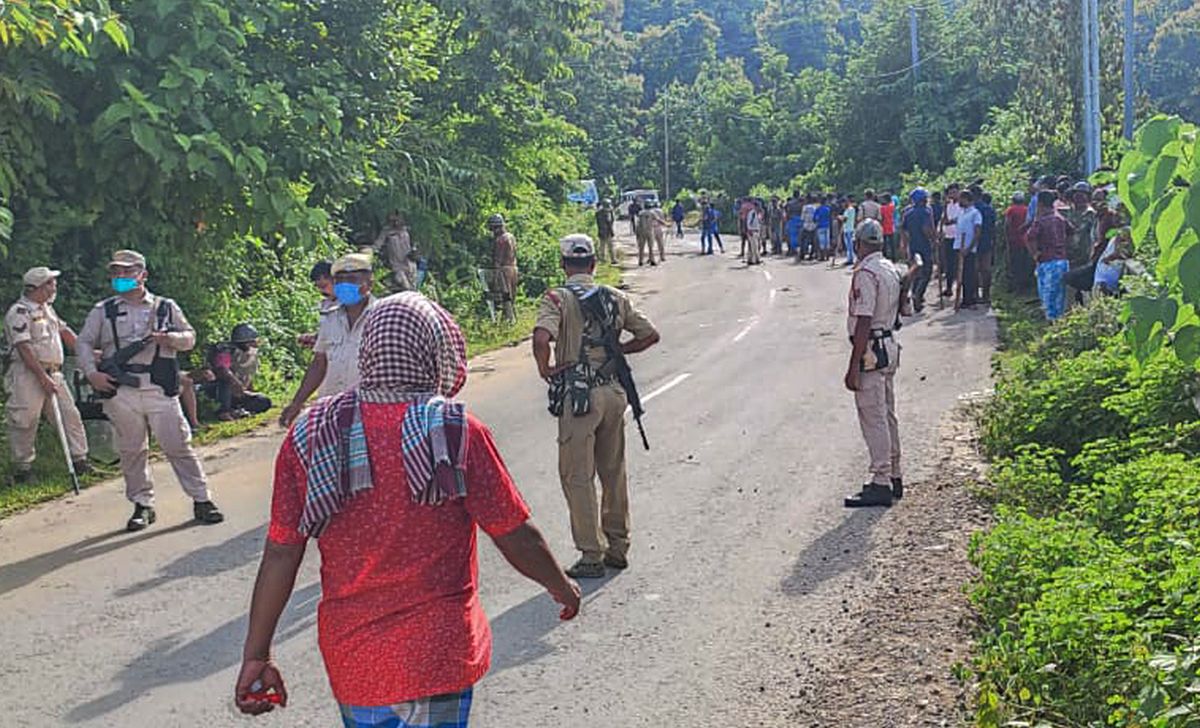 Four additional companies of the Central Reserve Police Force (CRPF) have been deployed at the Assam-Mizoram border disputed site where five cops of Assam Police died in a fierce gun battle between the forces of the two states.
According to CRPF Director General Kuldiep Singh, the situation is under control and is peaceful.
"Yesterday, tension escalated on the Assam-Mizoram border when police forces of the two states entered into a clash over a disputed border area. It further escalated when they fired bullets at each other. The situation was brought under control with the intervention of CRPF," Singh told ANI.
"Four additional companies of CRPF have been sent to the disputed area as neutral forces, two companies already present there. Senior officials are also present. The current situation is peaceful," he said.
The CRPF DG said that Assam Police has retreated from the disputed area, however, Mizoram Police continues to stay at their temporary posts.
This comes days after tensions peaked at the two states and five Assam Police personnel died in an exchange of fire with their Mizoram counterparts.
Meanwhile, Union Home Secretary Ajay Bhalla on Wednesday will hold a meeting with Chief Secretaries of Assam and Mizoram, as well as senior officers of the two states, following violent interstate border clashes between police forces of the two states, sources said.  -- ANI
IMAGE: Clash broke out between Police and people at the disputed Assam-Mizoram border, on Monday. Photograph: ANI Photo

The technical advisory group will now meet on November 3 for a final assessment.