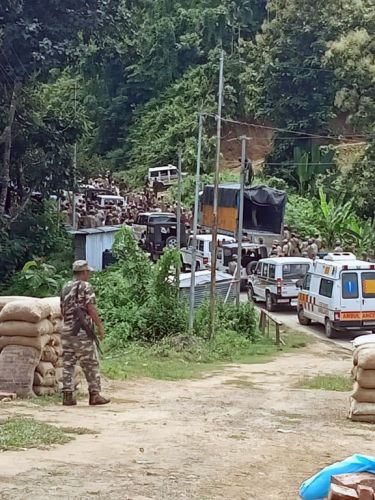 The clashes at the Assam-Mizoram border yesterday
The Assam Government will raise 3 commando battalions for Karimganj, Cachar and Hailakandi; 3000 personnel will be recruited, says Assam CM Himanta Biswa Sarma.
Assam's Barak Valley districts of Cachar, Karimganj and Hailakandi share a 164-km long border with Mizoram's three districts of Aizawl, Kolasib and Mamit. After allegations of encroachment of territory by both sides over the past few weeks and skirmishes that escalated tensions between the two states, violent clashes were reported along the inter-state border that ended in the death of at least five Assam policemen and one civilian.
« Back to LIVE