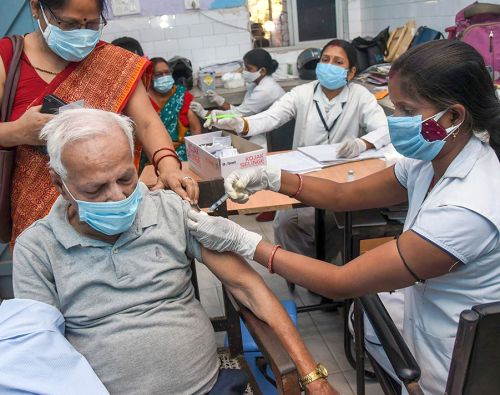 Congress leader Rahul Gandhi on Sunday questioned the pace of COVID-19 vaccination, and said had the country's "Mann ki Baat" been understood, such would not have been the state.
His remarks came just ahead of Prime Minister Narendra Modi's "Mann ki Baat" address to the people of the country.
"Had you understood the country's 'Mann ki Baat', such would not have been the state of vaccinations," Gandhi said in a tweet in Hindi.
He used the hashtag "WhereAreVaccines" to question the government on the inoculation rate.
The former Congress President also shared a video highlighting the alleged slow vaccination rate and media reports where people were not getting vaccines across the country.
The video highlighted India's vaccination equation which is aimed to stop the third wave of coronavirus and the target to vaccinate 60 per cent of population with both doses by December 2021.
The graph highlighted that the required vaccination rate (vaccinations per day) is 9.3 million per day (93 lakh) and the actual rate in the last seven days (average vaccinations per day) is 3.6 million per day, with a daily shortfall in the last seven days being 5.6 million per day.
It also highlighted the actual vaccinations on July 24(vaccinations in previous 24 hours) at 2.3 million per day with a shortfall today of 6.9 million per day.
The Congress has been criticising the government over the slow inoculations and the vaccine policy. -- PTI
« Back to LIVE