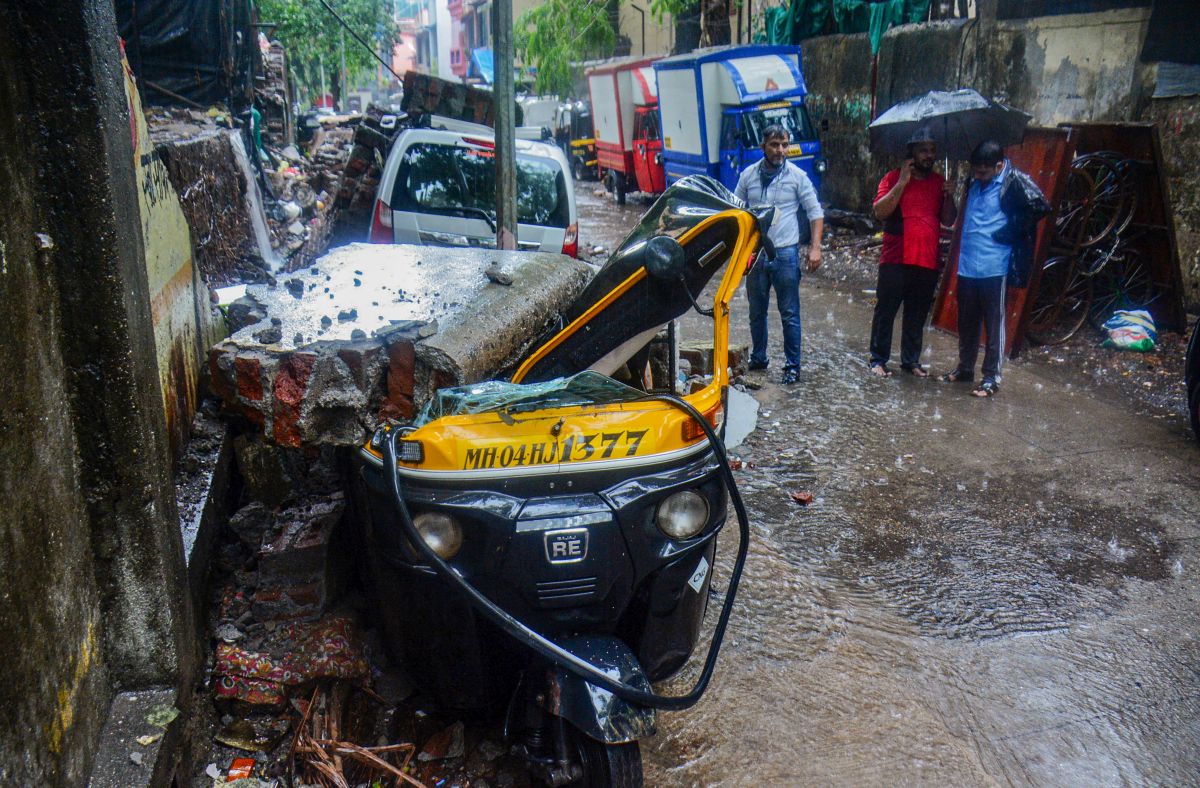 File pic
Heavy rains pounded Maharashtra's Thane and Palghar districts adjoining Mumbai during the night and on Thursday morning, which caused inundation and boulder crashes at various places, disrupted train services and marooned some villages, officials said.
Teams of the National Disaster Response Force (NDRF) were roped in to rescue hundreds of stranded people, they said. Rail tracks at Umbermali station near Kasara were "submerged up to the platform level" and there were boulder crashes in the Ghat section.
"Train services were suspended," district authorities said, adding that work to remove the boulders was underway. A bridge at Sapgaon in Sahapur taluka of Thane suffered extensive damage due to the heavy downpour, tehsildar (revenue officer) Nilima Suryavanshi said, adding that no one was injured and traffic movement on the bridge was suspended. The Modak Sagar dam in Sahapur started overflowing at 3.24 am on Thursday and two of its gates were opened to release the water, a message from the district headquarters said.
Some villages in the Sahapur taluka were marooned, Suryavanshi said, adding that local authorities with the help of the NDRF rescued hundreds of people from those places.
In Bhatsai village, which is located on a hillock, stranded people could not come out and were shifted to a school in the locality, she said. In Vashind near Sahapur, flood waters entered a housing complex and its residents were shifted to a zilla parishad school with the help of the NDRF, the official said.
« Back to LIVE