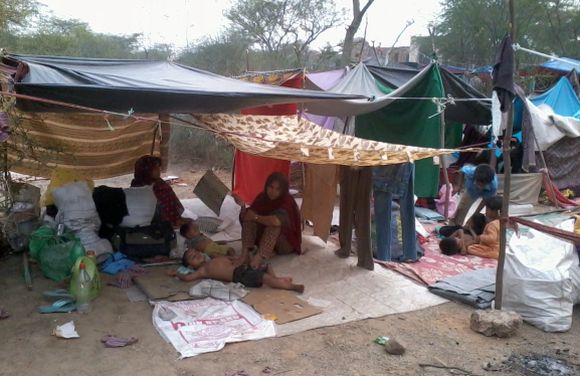 The Uttar Pradesh government on Thursday got a piece of its land allegedly encroached by Rohingya refugees in Delhi cleared, according to officials.
The 2.10 hectare land estimated worth Rs 97 crore lies in Madan Khadar area of the national capital near Noida and belongs to the Irrigation Department of UP, the officials said.
UP Jal Shakti Minister Mahendra Singh, who instructed the removal of the encroachment, shared a video of the early morning action on social media.
"Illegal Rohingya camps removed from the land belonging to the Irrigation Department in Madanpur Khadar at 4 am. Illegal occupants removed from the 2.10 hectare land of the UP Irrigation Department," Singh tweeted.
Officials involved in Thursday's anti-encroachment drive said a team of the UP government had held a meeting with the Delhi administration on July 20 during which this action was planned. -- PTI
« Back to LIVE