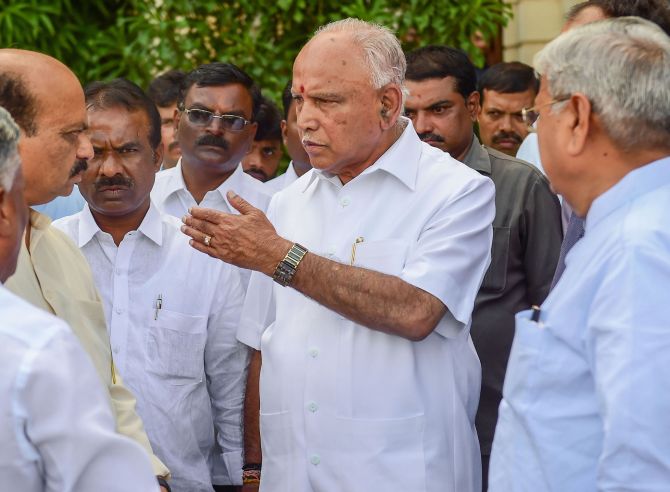 Senior Bharatiya Janata Party leader Subramanian Swamy on Wednesday cautioned the party leadership against removing B S Yediyurappa as the Karnataka chief minister as he brought the party to power in the state.
'It was Yeddiyurappa who first brought BJP to power in Karnataka. Some conspired to remove him since he would not be a 'chamcha'. Without him, the party cannot return to power in the state. Only upon his return to the BJP could the party win again. Why repeat the same mistake?' the 81-year-old Rajya Sabha member tweeted.
The Lingayat strongman that Yeddiyurappa is got support from Subramanian Swamy even as many seers of Lingayat Mutts have started rallying behind the chief minister amid speculation on his removal from the post.
Talks of change of leadership, which have been on for quite some time, gained momentum after Yediyurappa's visit to Delhi last week.
He has since strongly dismissed the talks as baseless.   -- PTI
« Back to LIVE