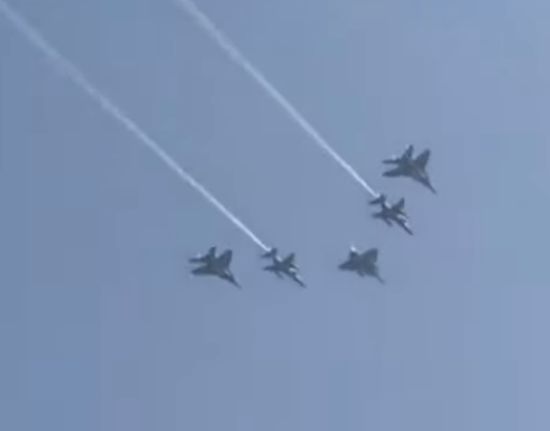 As part of the grand finale of the parade, a Rafale with 2 Jaguar Deep penetration strike aircraft & 2 MiG-29 Air Superiority Fighters, in the 'Eklavya formation feature in the Republic Day parade.
The formation is led by Group Captain Rohit Kataria, Flight Commander of 17 Squadron.
The Rafale fighter jets, India's first acquisition of fighter jets in more than two decades, participated in the Republic Day for the first time.
« Back to LIVE