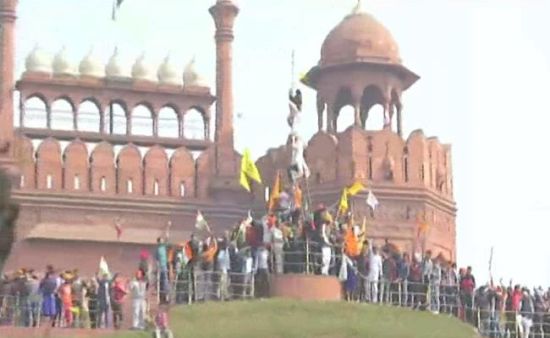 Thousands of protesters broke through barricades, attacked policemen with sticks and vandalised a police vehicle after deviating from the agreed route of a farmers' tractor rally and reaching the heart of Delhi.
In visuals emerging from ITO, one of the main intersections in Delhi near media offices and the police headquarters, policemen in riot gear appeared to be outnumbered. The policemen were seen running or hiding behind cars as farmers armed with sticks chased them.
« Back to LIVE