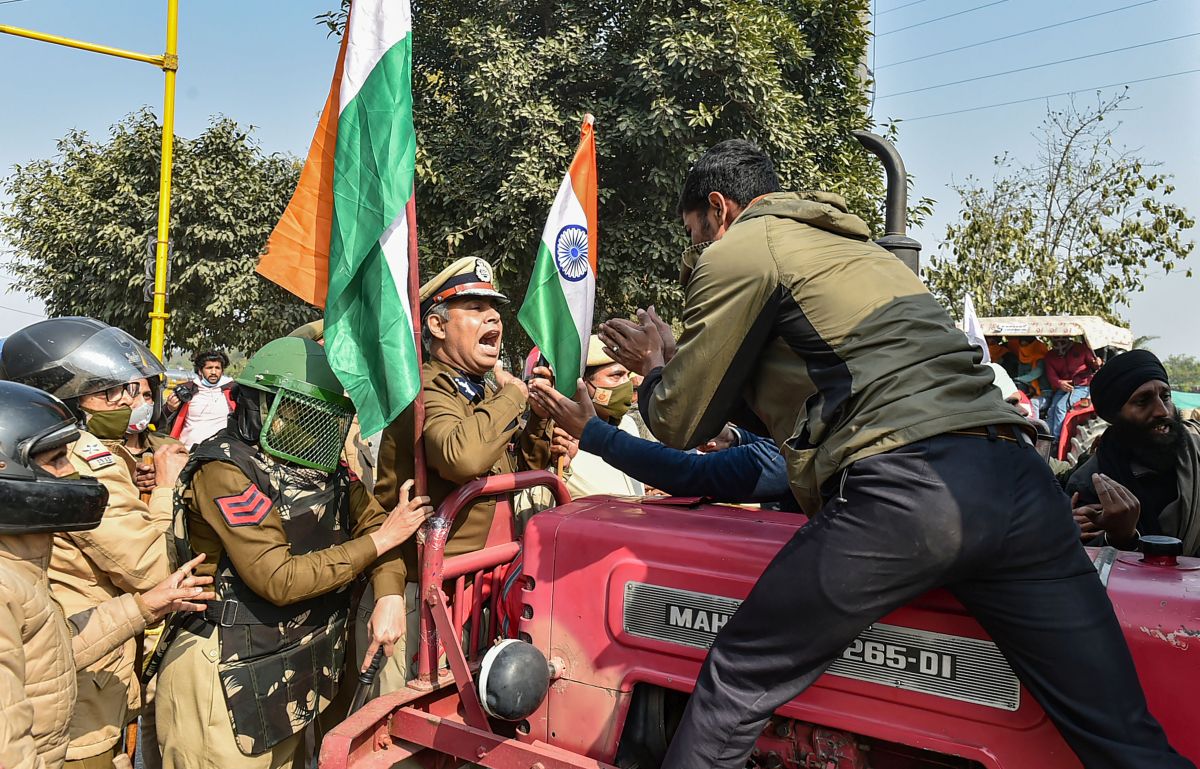 A Mumbai-based law student Tuesday wrote a letter to the Chief Justice of India (CJI) S A Bobde urging him to take suo motu cognisance of the violence that took place at the Red Fort here during the farmers' tractor march on Republic Day.
The letter, written by Mumbai University student Ashish Rai, claimed that the tractor march event has been 'terrorised by some anti-social elements'.
It said the way the flag of another community was waved at the fort in place of the national flag of India, it hurt the honour and dignity of the country.
It claimed that a lot of public property was also damaged.
'It is a shameful event and the whole country is also hurt by this incident. Because of this incident, the national flag has also been insulted along with the Constitution of the country,' the letter said, adding that such kind of activities damage the constitutional sentiments of Indian citizen.
It requested that a Special Investigation Committee be formed on this entire matter to conduct a rigorous inquiry against the anti-social elements involved in this unconstitutional activity and to punish the accused.   -- PTI
« Back to LIVE