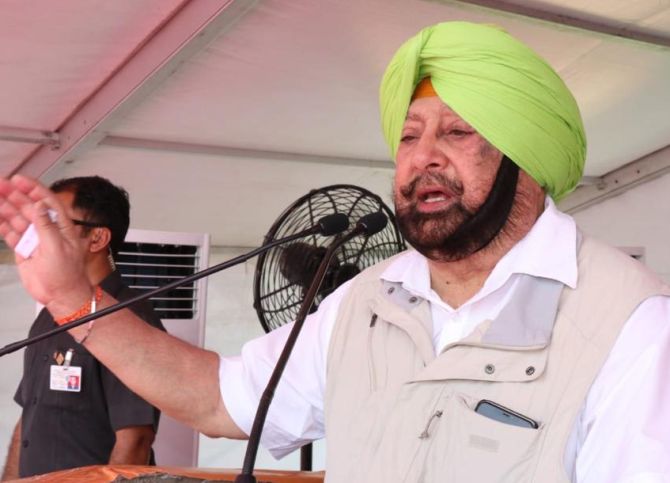 Punjab Chief Minister Amarinder Singh on Tuesday said the violence during the farmers' tractor parade against the new agriculture laws in Delhi is unacceptable and urged the peasants to vacate the national capital.
He said the violence will negate the goodwill earned by peaceful protesting farmers.
Shocking scenes in Delhi. The violence by some elements is unacceptable. It'll negate goodwill generated by peacefully protesting farmers. Kisan leaders have disassociated themselves & suspended #TractorRally. I urge all genuine farmers to vacate Delhi & return to borders, Singh said in a tweet.
Wielding sticks and clubs and holding the tricolour and union flags, tens of thousands of farmers atop tractors broke barriers, clashed with police and entered the city from various points to lay siege to the Red Fort and climb the flagpole on Republic Day on Tuesday.
The Punjab chief minister on Monday had appealed to farmers to ensure that the tractor parade remains peaceful.
Farmers, mostly from Punjab, Haryana and western Uttar Pradesh, have been camping at several border points of Delhi for the past several weeks, demanding a repeal of the three farm laws and a legal guarantee to the minimum support price for their crops.
-- PTI
« Back to LIVE