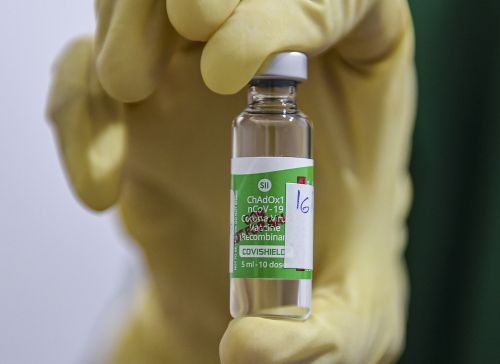 Photograph: Kunal Patil/PTI Photo
The inoculation drive for coronavirus will be suspended in Mumbai for the next two days owing to technical issues with the Co-WIN app, the Brihanmumbai Municipal Corporation (BMC) said on Saturday night. Co-WIN app allows registration for the vaccination.
'Digital registration is mandatory for COVID-19 vaccination, but on the first day of the drive today, the government had allowed offline registration in case of any technical problem,' the civic body said in a statement.
However, the state government has now directed that all further registration should be made through the app, it added.
In view of this direction and problems with the Co-WIN app, inoculation in Mumbai will be suspended while the Union government removes the problem, an official said.
As to the rest of Maharashtra, a state government official said that no inoculation had been planned for the next two days in any case.
On the first day of the drive, of 4,000 healthcare workers scheduled for vaccination at nine centres in the city, only 1,926 were administered the jab, the BMC data showed.
The highest 289 healthworkers were given vaccines at Rajawadi hospital, followed by 266 at Bhabha hospital, and 262 at Cooper hospital which was also part of the nationwide live launch of the drive by Prime Minister Narendra Modi.
Only 39 healthworkers got the jab at the state-run JJ Hospital, while 220 persons were vaccinated at BKC centre from where chief minister Uddhav Thackeray launched statewide inoculation drive.   -- PTI
« Back to LIVE