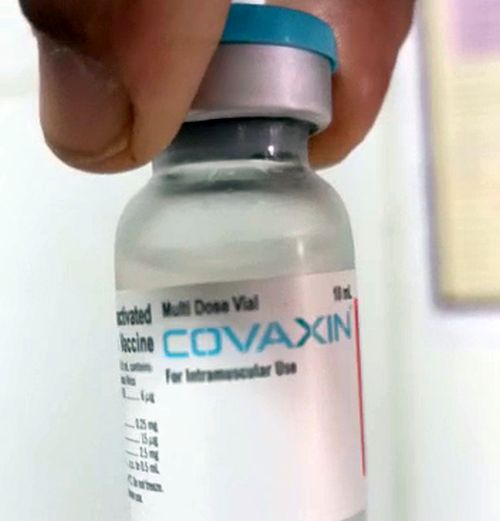 In the backdrop of the COVID-19 vaccine rollout in the country, senior Congress leader Manish Tewari on Saturday raised questions over the emergency use approval given to the indigenously developed vaccine Covaxin and alleged that it was "sans due process".
India recently granted two vaccines -- Oxford-AstraZeneca's Covishield, manufactured by the Serum Institute of India, and Bharat Biotech's Covaxin -- approval on restricted emergency use.
"As vaccine roll out begins, it is all a bit puzzling India has no policy framework for authorising emergency use. Yet, two vaccines have been approved for restricted use in emergency situation," Tewari said in a tweet just before Prime Minister Narendra Modi launched the vaccination drive.
"COVAXIN is another story -- Approvals sans Due Process," the former Union minister added, tagging a media report which claimed scientists and doctors are divided on the issue of restricted use approval granted to the Hyderabad-based Bharat Biotech's Covaxin.
Earlier, senior Congress leader Anand Sharma, Jairam Ramesh and Shashi Tharoor had also raised concerns over India's drugs regulator's nod to restricted use of Bharat Biotech''s COVID-19 vaccine.
However, there were different voices within the party as its chief spokesperson Randeep Surjewala had lauded scientists and researchers of Bharat Biotech for the indigenous vaccine.
The Bharatiya Janata Party, in response, to the criticism by some Congress leaders had hit out at the Congress with party president J P Nadda alleging that whenever India achieves something commendable the opposition party comes up with "wild theories" to "ridicule" the accomplishments. -- PTI
« Back to LIVE