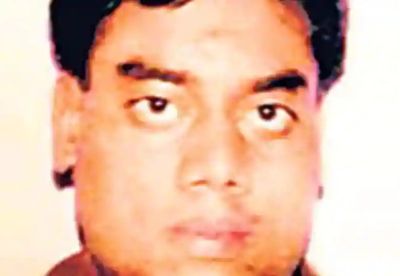 Gangster Ravi Pujari, who has nearly 80 cases filed against him in Mumbai, was brought to the city this morning. Last week, a Bengaluru court had given his custody to Mumbai Police after a year-long battle.
"We had been trying to get his custody for a year, and finally got success in the 2016 Ghazali Hotel firing case," Milind Bharambe, joint commissioner (crime branch), Maharashtra, was quoted as saying.
Today, he will be presented in court to seek remand, officials said.
The 59-year-old gangster -- a fugitive for more than two decades till last year -- had returned to Bengaluru in the custody of Karnataka Police in February 2020 from Senegal.
A five-member team of cops from Bengaluru had picked up Ravi Pujari, who was once associated with underworld don Chota Rajan, from the west African nation.
« Back to LIVE