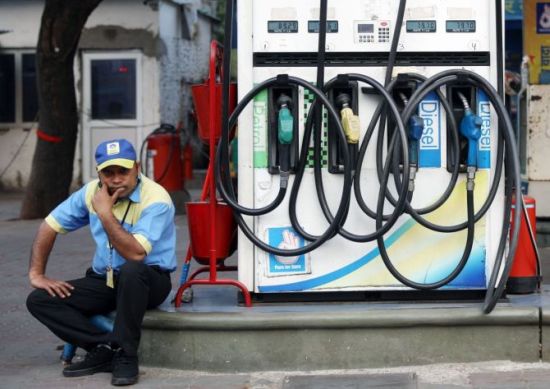 Slamming the Centre over the hike in prices of fuel and train fares, Congress leader Rahul Gandhi on Tuesday termed the situation as a 'disaster' for the people and an 'opportunity' for the government.
Sharing a newspaper article that reported that the fare of passenger trains will be doubled, the Congress leader said: "COVID- Disaster for you, opportunity for the government." "Petrol-diesel-gas-train fare, middle-class has been badly trapped, loot has broken the illusion of 'jumlas'," he tweeted (roughly translated from Hindi).
The prices of petrol and diesel have been increasing continuously for more than 10 days and in some states, the price of petrol has even crossed Rs 100 in some states.
Opposition parties also held protests in different parts of the country over the rise of prices of diesel and petrol.
Earlier on Sunday, Congress interim president Sonia Gandhi wrote a letter to Prime Minister Narendra Modi to convey "every citizen's anguish and deep distress regarding the spiralling fuel and gas prices."
-- ANI
« Back to LIVE