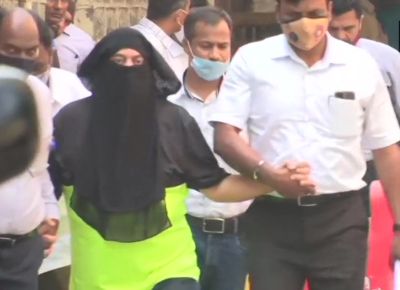 Gangster Ravi Pujari, who was brought to Mumbai from Bengaluru this morning, has been remanded to police custody by the sessions court till March 9, in the 2016 Gajali restaurant firing case.
Pujari, who is wanted in more than 49 cases in the city, is a prime catch for the Mumbai police.
Mumbai's Joint CP (Crime), Milind Bharambe, said Pujari is accused of committing serious offences including murder and extortion.
Pujari was extradited from Senegal on February 22.
Last week, a Bengaluru court had given his custody to Mumbai Police after a year-long battle.
The 59-year-old gangster -- a fugitive for more than two decades till last year -- had returned to Bengaluru in the custody of Karnataka police in February 2020 from Senegal.
« Back to LIVE