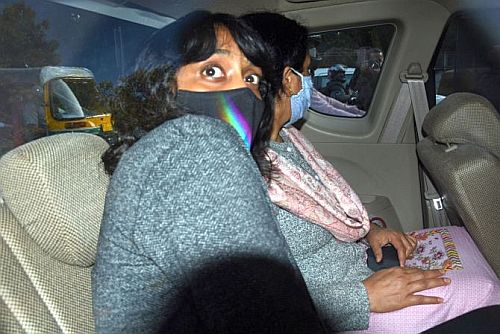 Toolkit case: Delhi court grants bail to 21-year-old climate activist Disha Ravi. Additional Sessions Judge Dharmender Rana granted relief to Ravi on a personal bond of Rs 1 lakh and two sureties of like amount.
A Delhi court on Monday had sent Ravi, arrested in connection with allegedly being involved in sharing a "toolkit" on social media related to the farmers' protest, to one-day police custody to be confronted with co-accused in the case.
Police only got one day custody of Ravi, though it had sought five days of custodial interrogation contending that during her interrogation, she shifted entire burden on two co-accused -- Nikita Jacob and Shantanu Muluk -- who "cannot be arrested because they are currently on transit bail.
On Friday, Ravi was sent to three day judicial custody after police had said her custodial interrogation was not required for the time being.
The agency had said that it would seek her further interrogation once co accused -- Nikita Jacob and Shantanu Muluk -- join the interrogation on February 22.
« Back to LIVE