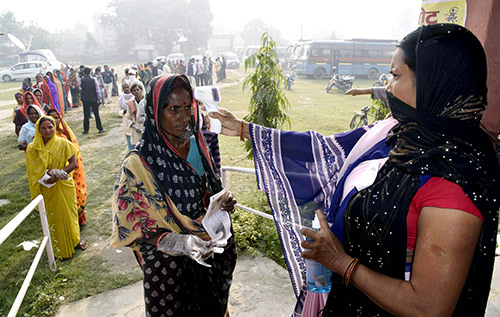 BJP has won in the Dubbaka Assembly by-election, informed Election Commission of India (ECI) on Tuesday.
BJP's M Raghunandan Rao defeated TRS' Solipeta Sujatha by 1,470 votes.BJP secured 62,772 votes, TRS secured 61,302 votes and Congress bagged 21,819 votes.
The vote share of BJP in the by-election was 38.21 per cent as opposed to TRS' 38.08 per cent.BJP has managed to secure the second assembly seat in Telangana after winning in Dubbak. ANI
« Back to LIVE