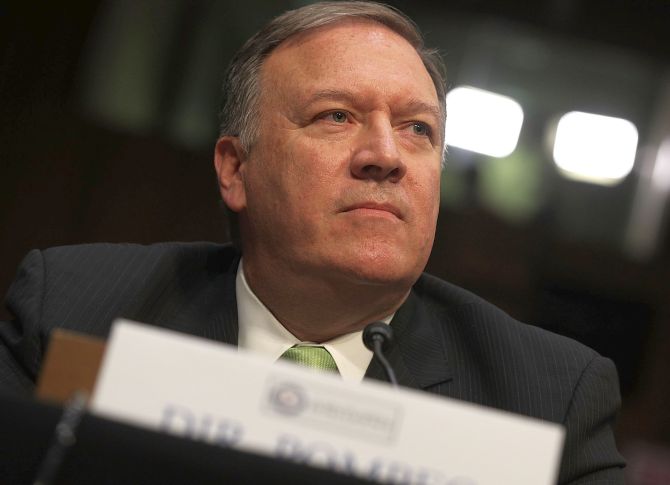 China's ruling Communist Party poses a substantial threat to Americans' health and their way of life, US Secretary of State Mike Pompeo said on Thursday, blasting Beijing for the intentional "disinformation campaign" and trying to deflect from its handling of the coronavirus crisis. Pompeo, a known critic of China, said China's delay in sharing information about the virus had created risks to people worldwide.
"The Chinese Communist Party (CCP) poses a substantial threat to our health and way of life, as the Wuhan virus outbreak clearly has demonstrated," Pompeo told reporters at a State Department news after video conference with his counterparts from G7 countries.
"The CCP also threatens to undermine the free and open order that has underpinned our mutual prosperity and safety in the G7 countries," he said. Pompeo said, during the meeting, the US urged every country to work together to protect the UN and other organisations from China's malign influence and authoritarianism. "We G7 countries must promote our shared values of freedom, sovereignty, good governance, transparency, and accountability, and push the UN to uphold these principles as well," he said.
There was a discussion among the G7 countries about the intentional disinformation campaign that China has been and continues to be engaged in, he said. "You see it. You see it in the social media. You see it in remarks from senior people inside the Chinese Communist Party talking about whether this was a US brought to China. This is crazy talk," he said.
"Every member of the G7 today saw this disinformation campaign. China now making small sales of product around the world and claiming that they are now the white hat in what has taken place here. This isn't a time for blame; this is a time to solve this global problem. We are focused on that today," Pompeo said. -- PTI
« Back to LIVE