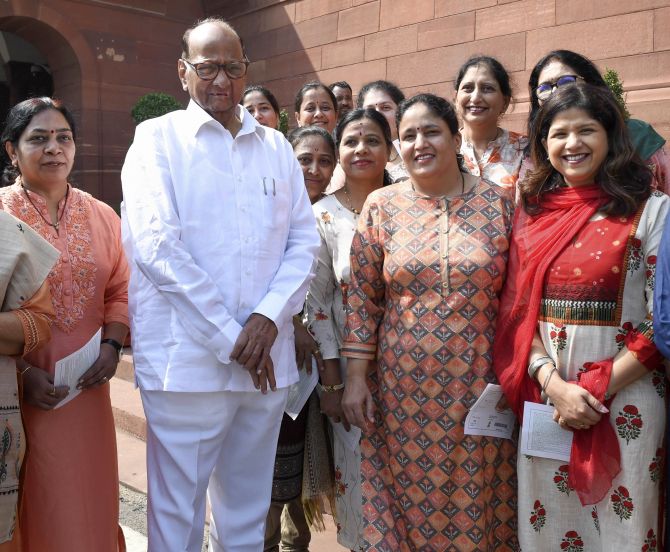 Nationalist Congress Party chief Sharad Pawar will file his nomination for the March 26 Rajya Sabha polls on March 11, party sources said on Thursday.
The term of seven Rajya Sabha members from Maharashtra, including Pawar, is ending this year, which has necessitated the election.
Sources said NCP leader Fauzia Khan is also expected to file nomination on the sameday as Pawar.
"The Congress is seeking the seat that Khan will contest election from. But the NCP is unwilling to part with it," the sources said. -- PTI
Image: Nationalist Congress Party chief Sharad Pawar poses for a photograph with visitors at Parliament during the ongoing budget session in New Delhi. Photograph: Atul Yadav/PTI Photo
« Back to LIVE