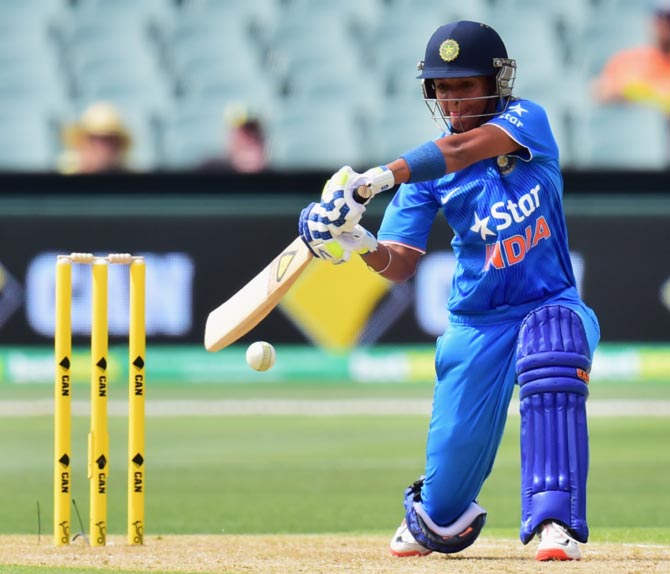 India's men's team skipper Virat Kohli congratulated the Harmanpreet Kaur-led women's side for reaching its maiden final of the T20 World Cup in Australia, saying the outfit's performance is something to be "proud" of. The Indian women's team advanced to the the summit clash owing to a superior group stage record, after the semifinal clash against England was abandoned without a ball being bowled at the Sydney Cricket Ground due to persistent rain.
"Congratulations to the Indian Women's team on qualifying for the @T20WorldCup final. We are proud of you girls and wish you all the luck for the finals," Kohli tweeted. Former India opener Virender Sehwag also took to Twitter to wish the Indian side luck for the final which is scheduled to be played in Melbourne on Sunday.
"...A reward for winning all the matches in the group stage. Congratulations @BCCIWomen and wishing you glory this Sunday #T20WorldCup," Sehwag said. Former India Test specialist VVS Laxman hailed the side for its unbeaten record in the tournament so far.
"Would have been great to see the match, but many congratulations to @BCCIWomen for making it to the finals of the #T20WorldCup . A reward for winning 4 out of 4 in the group stages. Wishing the girls the very best for the finals on #WomensDay" India have been in red-hot form in the tournament winning all four of their group A matches. They began with a win over defending champions Australia followed by victories against Bangladesh, New Zealand and Sri Lanka to top group A with eight points from four matches.
The Harmanpreet Kaur-led side will take on the winner of the second semifinal between hosts Australia and South Africa in the summit clash. -- PTI
« Back to LIVE