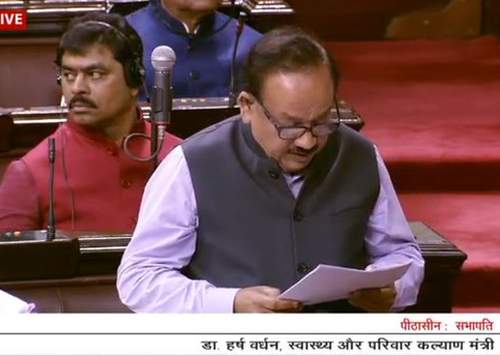 India is in touch with Iran on possible evacuation of Indian pilgrims and students stuck in the coronavirus-hit nation, Health Minister Harsh Vardhan said on Thursday. Making a statement on the situation after cases of coronavirus surfaced, he said a total of 29 people in India have tested positive, including three initial cases in Kerala who have since recuperated and discharged. New cases include one in Delhi with a travel history of Italy and another in Telengana, who came in contact with a Singapore national in Dubai. Six persons, who came in contact with the person infected with the virus in Delhi, have tested positive, he said detailing steps taken by the government to contain its spread.
"The government is taking all necessary measures to prevent spread of COVID-19 in India," he said. The government has carried out two evacuation missions, bringing back a total of 767 from China. All of them have been kept in quarantine and have so far tested negative for the virus, he said. The minister said the government is following up with Iran to tie-up evacuation of Indian pilgrims and students stranded in Tehran and Qom as per need. PTI
« Back to LIVE