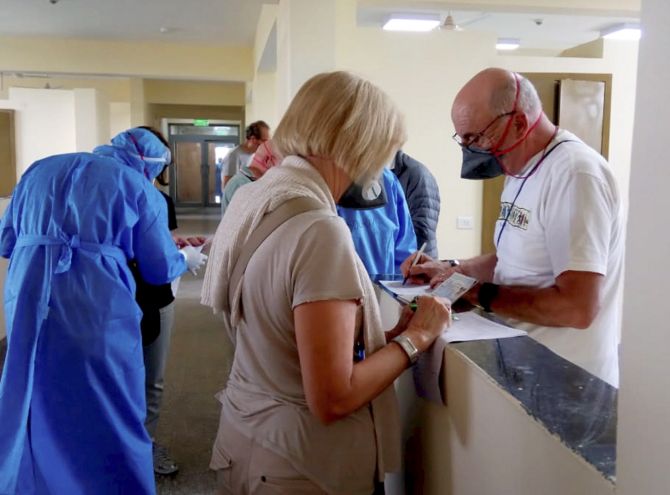 Seven persons from three families have been isolated at home at Seoni in Madhya Pradesh for suspected exposure to the coronavirus following their return from Italy last month, an official said on Thursday.
None of them exhibited symptoms of the infection, but the step was taken as a precaution as Italy is the worst- affected country in Europe from the coronavirus, the official added.
The three families -- three couples and a child -- were placed under "home isolation" after the administration got information that they had recently returned from Italy, said District Vaccination Officer Dr H P Pateria.
They will have to stay in isolation under medical observation for 14 days, he added.
One of the persons placed under isolation told PTI over phone that they were screened at the Mumbai airport upon return, but as none of them showed any symptoms of the virus infection, they were allowed to go.
They returned to the city on February 28, he added. -- PTI
« Back to LIVE