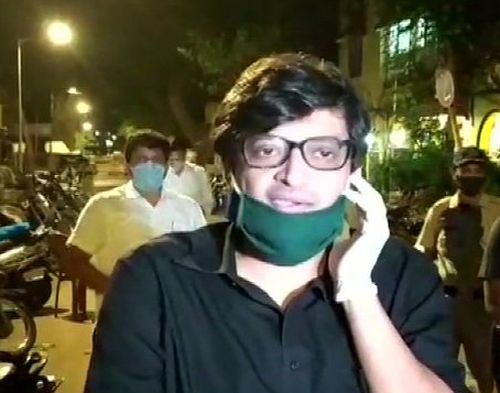 Bombay High Court stays both FIRs filed against Republic TV editor Arnab Goswami over alleged communalisation of the incidents of the Palghar lynching and the gathering of migrant workers at Bandra station. A division bench of Justice Ujjal Bhuyan and Justice Riyaz Chagla observed prima facie no case was made out against him.
Senior advocates Harish Salve and Milind Sathe appearing for Goswami said that the FIRs were politically motivated.
In May, the Supreme Court had refused to quash the initial FIR against the Republic TV Editor-in-chief over his news show on the Palghar mob lynching but gave some relief by setting aside related multiple FIRs and complaints holding they had a "stifling" effect on the exercise of freedom and expression.
Observing that free citizens cannot exist when the news media is chained to adhere to one position, the court said journalistic freedom lies at "the core" of the fundamental right to free speech and India's freedom will rest safe as long as journalists can speak to power without being "chilled by a threat of reprisal."
« Back to LIVE