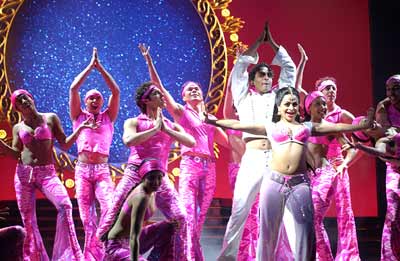 Broadway's theatres will remain closed until January next year as the industry figures out a plan to function amid coronavirus pandemic, trade group the Broadway League has announced.
The Broadway League said that theatre owners and producers will refund or exchange tickets previously purchased for shows through January 3, 2021, reported Variety.
Broadway's theatres have been shutdown since March 12 due to the pandemic, making it the longest period of time that theatres have been closed.
"The Broadway experience can be deeply personal but it is also, crucially, communal. The alchemy of 1,000 strangers bonding into a single audience fuelling each performer on stage and behind the scenes will be possible again when Broadway theatres can safely host full houses," said Broadway League board chairman Thomas Schumacher.
He said the League plans to open the theatres only when it is safe for the cast and crew involved.
"The safety of our cast, crew, orchestra and audience is our highest priority and we look forward to returning to our stages only when it's safe to do so. One thing is for sure, when we return we will be stronger and more needed than ever."
Broadway League president Charlotte St Martin said they are working closely with the city and state officials to find the best way to reopen.
-- PTI
« Back to LIVE