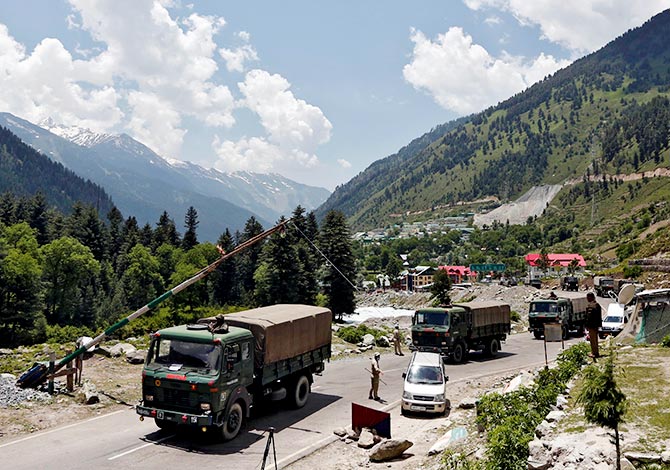 The third round of talk between Indian and Chinese Army at Chushul at the LAC in South Eastern Ladhak starts amid mounting tension at the border. These are Lt General level talks.
The two armies have increased deployment of troops along the Line of Actual Control in the Ladakh region. Tuesday's talks will take place in the Chushul on Indian side of the LAC, PTI reported quoting official sources.
The first two rounds of talks had taken place in Moldo on Chinese side of the LAC.The Indian and Chinese armies are locked in a bitter standoff in multiple locations in eastern Ladakh for the last six weeks, and the tension escalated manifold after 20 Indian soldiers were killed in a clash in Galwan valley on June 15.
Following the Galwan vally clashes, the Army has sent thousands of additional troops to forward locations along the Line of Actual Control in various sectors including in Arunachal Pradesh, Uttarakhand and Sikkim.
« Back to LIVE

Bickering continues in AIADMK over CM face for 2021 polls

AIADMK coordinator and deputy chief minister O Panneerselvam, who has also staked his claim for being the chief ministerial candidate of the party in the polls next year, for the second consecutive day held discussions with party leaders...