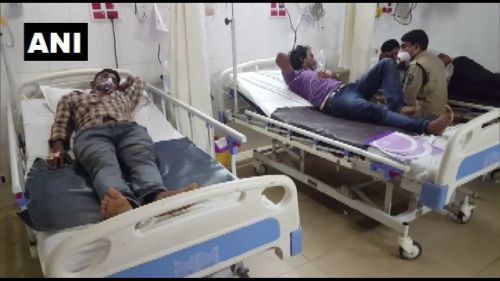 Two workers died and four were hospitalised on Tuesday after a gas leak occurred in a factory in Visakhapatnam.
The leakage of benzimidazole gas occurred at Sainor Life Sciences Pvt Ltd in Visakhapatnam on Monday night.
Uday Kumar, Inspector, Parwada Police Station said that the situation is under control now.
"Two people dead and four are admitted at hospitals. The situation is under control now. The two persons who died were workers and were present at the leakage site. Gas has not spread anywhere else," said Uday Kumar.
Earlier on May 7, styrene gas, which leaked from the gas plant of LG Polymers in RR Venkatapuram village in Visakhapatnam district, had claimed over 10 lives and had left several people ill.
-- ANI
« Back to LIVE