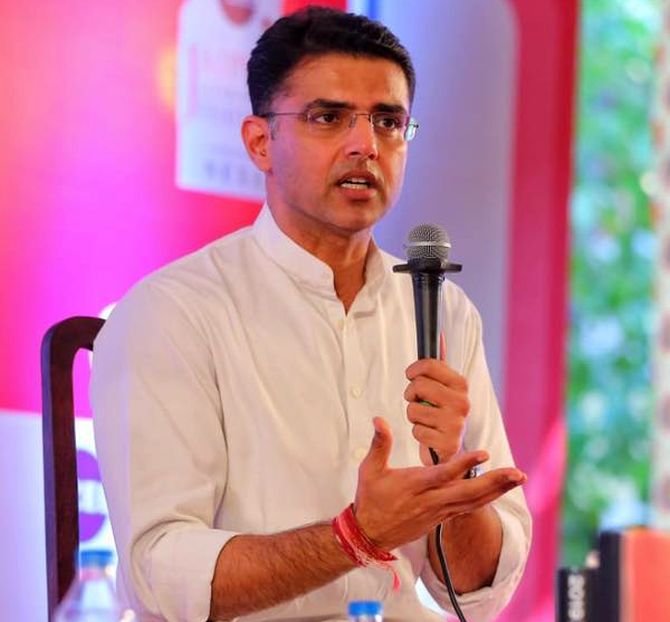 A division bench of the Rajasthan High Court will hear Thursday evening a petition filed by Sachin Pilot and 18 other dissident leaders, challenging notices from the Speaker over a Congress move to disqualify them from the state assembly.
A two-judge bench is expected to hear the amended petition at 7.30 pm.
The petition first came up Justice Satish Chandra Sharma at 3 pm. But advocate Harish Salve sought time to file a fresh petition.
The matter was heard again at about 5 pm when the judge referred it to a division bench.
Earlier, Congress chief whip Mahesh Joshi, who had written to the Speaker seeking the MLAs' disqualification, also approached the court, asking to be heard before it passes any order.
The 19 MLAs were sent notices Tuesday by the Speaker after the Congress complained that they had defied a party whip to attend two Congress Legislature Party meetings.
The Pilot camp, however, argues that a party whip applies only when the assembly is in session.
-- PTI
« Back to LIVE