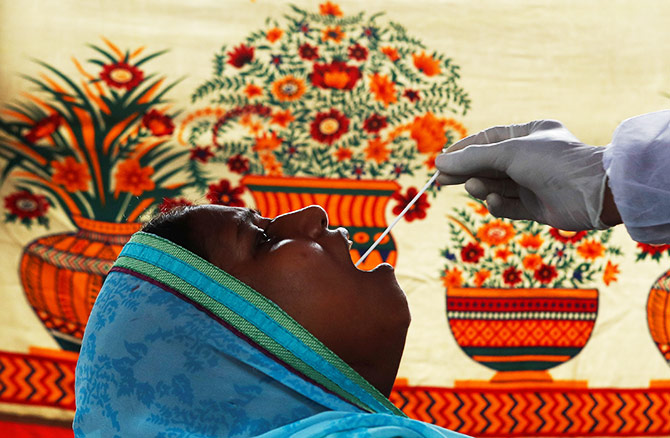 With the single-day spike of 1,498 new coronavirus positive cases, Mumbai's tally of patients rose to 97,751 on Thursday, the Brihanmumbai
Municipal Corporation said.
As the virus claimed the lives of 56 more people, the death toll in the metropolis reached 5,520, it said.
According to the civic body, the number of recovered patients in the city increased to 68,537 after 707 of them were discharged from hospitals during the day.
On July 2, the city had recorded the highest single-day spike of 1,554 cases.
According to the BMC, the city's recovery rate is 70 per cent.
-- PTI
« Back to LIVE