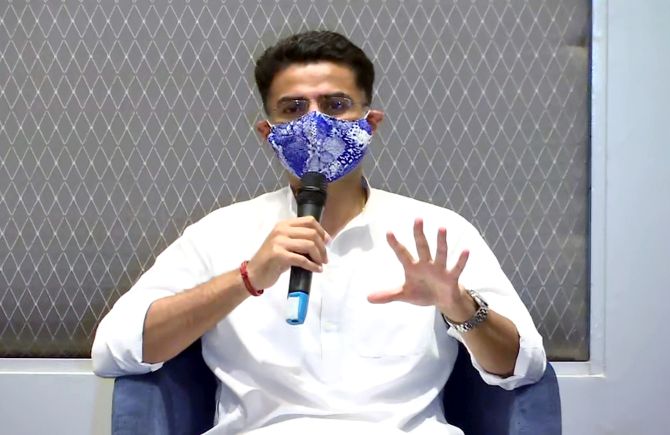 Bharatiya Janata Party national vice president Uma Bharti on Tuesday attributed Sachin Pilot's rebellion to 'humiliation' within the Congress.
Pilot was on Tuesday sacked as deputy chief minister of Rajasthan as well as chief of the state Congress.
Talking to reporters in Bhopal, Bharti said, "Sachin is the son of (late Congress leader) Rajesh Pilot, who was like a brother to me and we shared family relations. So I know that his family has self-respect.
"I can understand he must have been facing humiliation for the last one-and-a-half years," she added.
Bharti also alleged that Rahul Gandhi was responsible for the 'destruction' of the Congress, and held the Gandhi family responsible for the crisis in Rajasthan.
"He (Rahul Gandhi) insults and humiliates young leaders (in his party) due to envy.... he is unable to tolerate brilliant young leaders. So these leaders are left with no option but to confront and fight," the senior BJP leader said.  -- PTI
« Back to LIVE