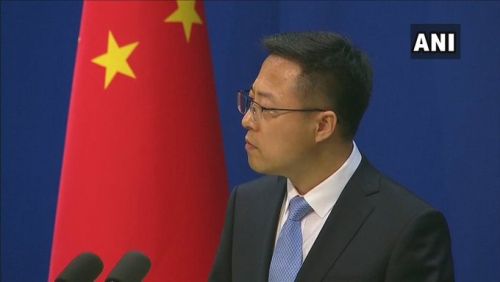 Chinese Foreign Ministry spokesperson Zhao Lijian
Chinese Foreign Ministry spokesperson Zhao Lijian on PM Modi's Ladakh visit: "India and China are in communication and negotiations on lowering the temperatures through military and diplomatic channels. No party should engage in any action that may escalate the situation at this point."
Days after a violent face-off between Indian and Chinese troops in East Ladakh, Prime Minister Narendra Modi on Friday reached Leh with Chief of Defence Staff General Bipin Rawat and Army Chief General Manoj Mukund Naravane.
Modi reached Leh around 9.30 am, sources said.
The prime minister was at one of the forward locations in Nimu and interacted with personnel of the Army, Air Force and Indo-Tibetan Border Police, official sources said.
« Back to LIVE