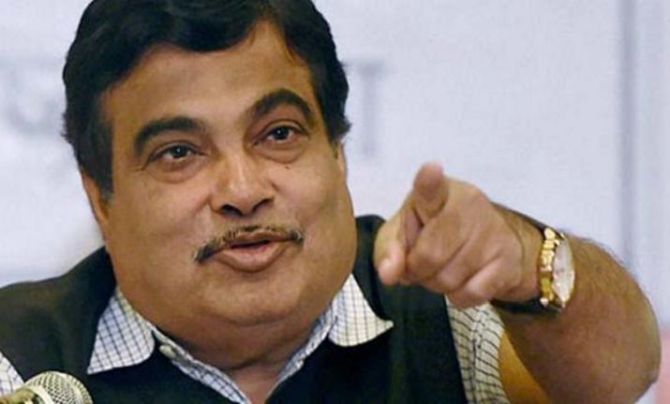 India will not allow Chinese companies to participate in highway projects, including those through joint ventures, Union Minister Nitin Gadkari said on Wednesday amid border standoff with China. Gadakri also said the government will ensure that Chinese investors are not entertained in various sectors like Micro, Small and Medium Enterprises (MSMEs).
The senior minister's assertions assume significance against the backdrop of border standoff between India and China in Ladakh that also saw the death of 20 Indian Army personnel last month. Amid escalating tensions, the government on Monday banned 59 apps, mostly having Chinese links, citing threats to national security.
"We will not give permission to joint ventures that have Chinese partners for road construction. We have taken a firm stand that if they (Chinese companies) come via joint venture in our country, we will not allow it," Gadkari told PTI in an interview. The Road Transport, Highways and MSME minister said a policy will be out soon banning Chinese firms and relaxing norms for Indian companies to expand their eligibility criteria for participation in highway projects. Currently only a few projects which were undertaken much earlier involve some Chinese partners. When asked about this, the Minister said that the new decision will be implemented in current and future tenders. With respect to existing tenders and future bids, Gadkari said rebidding would be done if there are any Chinese joint ventures.
Elaborating on the decision, Gadkari said if a contractor can qualify for a small project, he can also qualify for a large project. "Construction norms are not good so I have asked to change it. We are changing it so that we can encourage Indian companies," he added. According to him, qualification norms for projects are being rationalised to ensure Indian companies do not require to enter into pacts with foreign partners to grab projects. -- PTI
« Back to LIVE

SEE: How to do tricolour makeup for Independence Day

Priya Sureka, make-up-head at Enrich Salon, shows you how to get your makeup right for Independence Day.