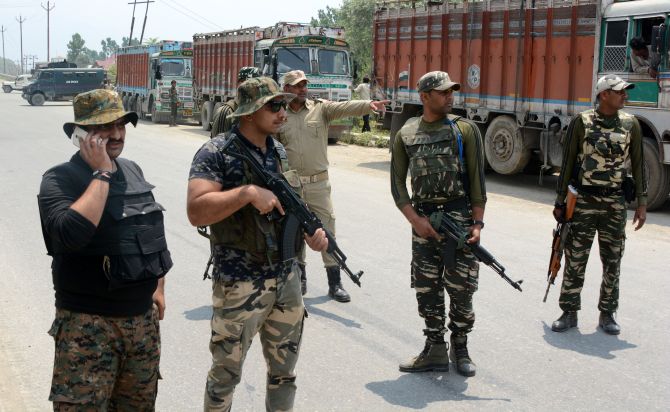 Image only for representation
At least three people including two Central Reserve Police Force personnel were injured in a terrorist attack on a security forces party in Sopore town of Baramulla district of Jammu and Kashmir on Wednesday, officials said in Srinagar.
The terrorists opened firing on a naka party of security forces in Sopore, resulting in injuries to two CRPF jawans and a civilian, the officials said.
They said the injured have been shifted to hospital while the area has been cordoned off to track down the assailants.
Further details are awaited, they added.   -- PTI
« Back to LIVE