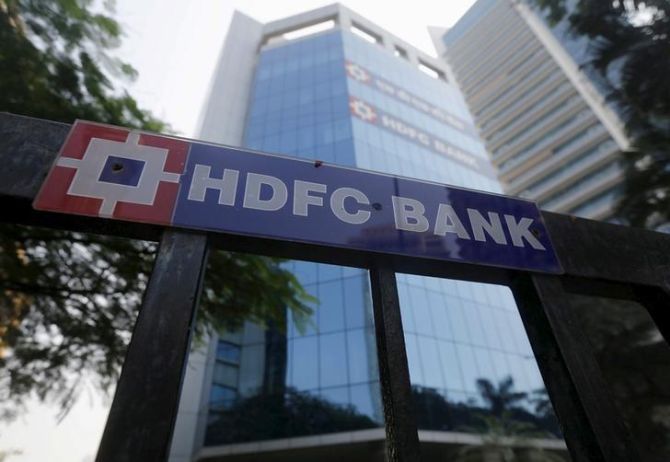 Shares of HDFC on Tuesday jumped over 3 per cent after the company reported a near four-fold growth in net profit for the three months to December 2019.
The company's scrip gained 3.13 per cent to Rs 2,470.85 on the BSE. On the NSE, it climbed 3.16 per cent to Rs 2,471.70. The mortgage lender on Monday reported a near four-fold growth in net profit at Rs 8,372.5 crore for the three months to December as against Rs 2,113.8 crore in the same period last fiscal year. The company said the massive gain in bottomline is notional but mandatory from an accounting perspective, as it is based on the valuation gain on its 9.9 per cent stake in Bandhan Bank following the merger of subsidiary Gruh Finance with the Kolkata-based lender effective last October.
For the first time, the loan book crossed Rs 5 lakh crore during the quarter, vice chairman and chief executive Keki Mistry said. The company booked a 24 per cent growth in individual loans, after adding back loans sold in the preceding 12 months, while excluding that the same clipped at 16 per cent. -- PTI
« Back to LIVE

The central government's fiscal deficit touched 32.6 per cent of the annual target in the current financial year till August as against 31.1 per cent recorded a year ago, according to official data released on Friday. In actual terms,...

G-23's Shashi Tharoor has a vision for Congress, will others see it?

By filing his nomination as Congress president on Friday, Shashi Tharoor has shown he is no 'quockerwodger' -- a word he introduced into our lexicon which means someone acting on the instructions of an influential third party.

The output of eight core infrastructure sectors grew 3.3 per cent in August -- the lowest in nine months -- as against 12.2 per cent in the year-ago period, according to official data released on Friday. The previous low was in November...

The Jaish-e-Mohammad terrorists were planning to attack an Indian Army Agniveer recruitment rally.

No one from the Gandhi family was present at the All India Congress Committee headquarters when the leaders filed their nominations for the election.