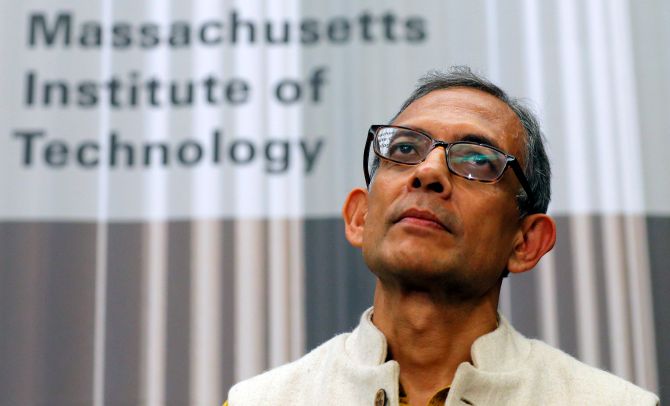 Indian-American economist Abhijit Banerjee says he wouldn't have been able to win a Nobel Prize if he were based in his country of origin.
It isn't that there's no good talent in India, but a certain kind of system is needed, he said at a literature festival.
It's not possible for a single individual to achieve it, Abhijit Banerjee said, explaining that a lot of work for which he got credit was done by others.
Born in Mumbai, Abhijit Banerjee was educated at the University of Calcutta and Jawaharlal Nehru University. He received his PhD from Harvard University and is a professor at the Massachussetts Institute of Technology.
In 2019, he shared the Sveriges Riksbank Prize in Economic Sciences in Memory of Alfred Nobel with his wife Esther Dufo and Michael Kremer. They were given the award "for their experimental approach to alleviating global poverty.
The prize in economics isn't technically a Nobel. It wasn't established by Alfred Nobel's will, which says his wealth should be distributed to those making contributions to humankind in the fields of physiology or medicine, literature, physics, chemistry and peace.
Nonetheless, the economics prize is among the most coveted honours in the field of economic sciences.
« Back to LIVE