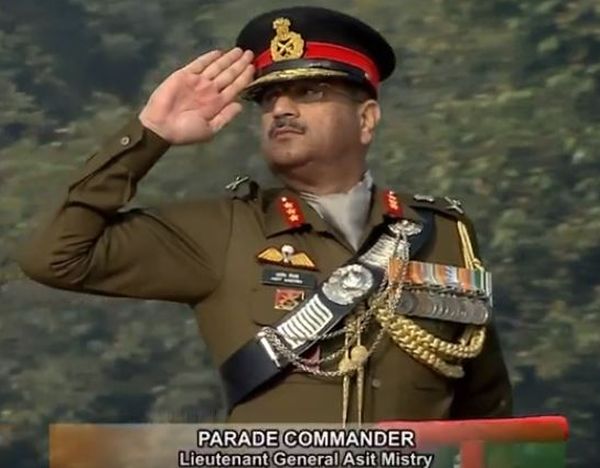 This year's Republic Day parade is being led by the Parade Commander, Lieutenant General Asit Mistry, Ati Vishisht Seva Medal, Sena Medal, Vishisht Seva Medal, General Officer Commanding, Headquarters Delhi Area.
The Indian Army will be represented by 61 Cavalry in the uniform of the erstwhile Gwalior Lancers; raised in 1953, the 61 Cavalry is the only active horse cavalry regiment in the world. The Army will also be represented by six marching columns (including those of the the Kumaon Regiment and the Sikh Light Infantry Regiment), eight mechanised columns and a fly-past by the Rudra and Dhruv Advanced Light Helicopters.
In the mechanised columns, the indigenously-developed Main Battle Tank of the Indian Army, T-90 Bhishma, Infantry Combat Vehicle Ballway Machine Pikate (BMP)-II, K-9 VAJRA-T, Dhanush Gun System, newly-inducted five-metre Short Span Bridging System, Sarvatra Bridge System, Transportable Satellite Terminal and Akash weapon system, are some of the main attractions in today's Republic Day parade.
« Back to LIVE