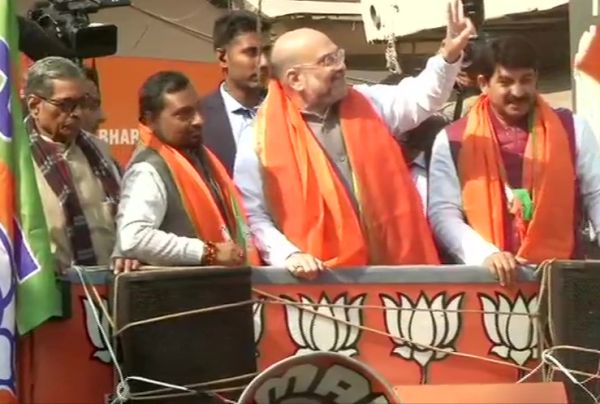 Union Home Minister Amit Shah is holding a roadshow in the Gonda area in the national capital on the occasion of the 71st Republic Day to campaign for the upcoming Delhi assembly polls.
Assembly elections in Delhi are scheduled to take place on February 8 while votes will be counted on February 11.
Addressing 'Jeet ki Goonj' programme at Jawaharlal Nehru Stadium on Saturday, Shah had said that the BJP wants to create a Delhi "where Shaheen Bagh never happens".
Targeting those opposing the Citizenship Amendment Act, Shah said, "These people (opposition) started instigating riots after we implemented the CAA. They have no shame in standing with rioters. Manish Sisodia has pledged his support to people in Shaheen Bagh...Only Prime Minister Modi can control anti-national forces."
« Back to LIVE