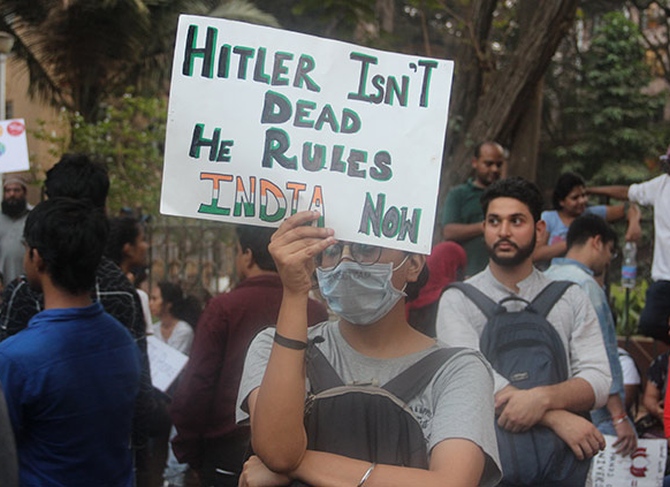 Five people were detained for raising slogans against the amended citizenship law during a session at the Jaipur Literature Festival (JLF) in Jaipur, police said.
They were released following a warning to not repeat such act in future, the police said.
A group of activists, holding a tambourine, shouted slogans against the new citizenship law, Prime Minister Narendra Modi, Union Home Minister Amit Shah and Uttar Pradesh Chief Minister Yogi Aditya Nath during a session at the fest.
In a video, purportedly of the protest, which circulated on social media, the activists are seen shouting slogans like 'Modi-Shah ko ek jawab, Inquilab Zindabad', 'CAA down-down', 'Amit Shah ho Barbad, Modi-Yogi Murdabad' and 'Hum Lekar Rahege Azadi'.
Police teams at the spot took the activists outside the JLF premises where they continued shouting slogans.
Five of the activists were detained and taken to the Ashok Nagar police station for interrogation, DCP (South) Yogesh Dadich said.  -- PTI
« Back to LIVE