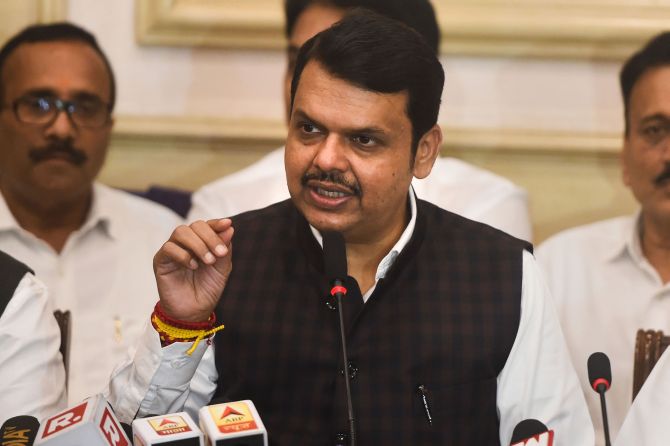 Former Maharashtra chief minister Devendra Fadnavis on Friday said that the Central government took the correct decision to handover the Koregaon-Bhima case to the National Investigation Agency as this will expose the urban Naxals.
"It is the correct decision because this case isn't confined to Maharashtra. We see it is spread all over the country. The Central government has taken the right step. This will expose the urban Naxals," Fadnavis told ANI.
"When the United Progressive Alliance was in power, UPA minister had given a statement in Lok Sabha that these are urban Naxal organisations but today they are trying to protect these people. This is extremely wrong," he added.
The Bharatiya Janata Party leader further asserted that in the Koregaon-Bhima case, any matter that has come up in the context of urban Naxals has gone before the Supreme Court.
"Chargesheets have been filed according to the orders given by the Supreme Court from time to time. Despite this, these types of statements are being made deliberately," he added.
However, Congress leader Sachin Sawant on Friday stated that sudden taking over of Koregaon-Bhima case by the NIA clearly substantiates conspiracy of the BJP.
"Sudden taking over of Bhima Koregaon riot case by NIA after #MahaVikasAghadi govt started reinvestigation into inquiry of Pune police, clearly substantiates conspiracy of #BJP. Why it took two years for NIA to find that case is fit under its jurisdiction? Strongly condemn!" Sawant tweeted.
« Back to LIVE