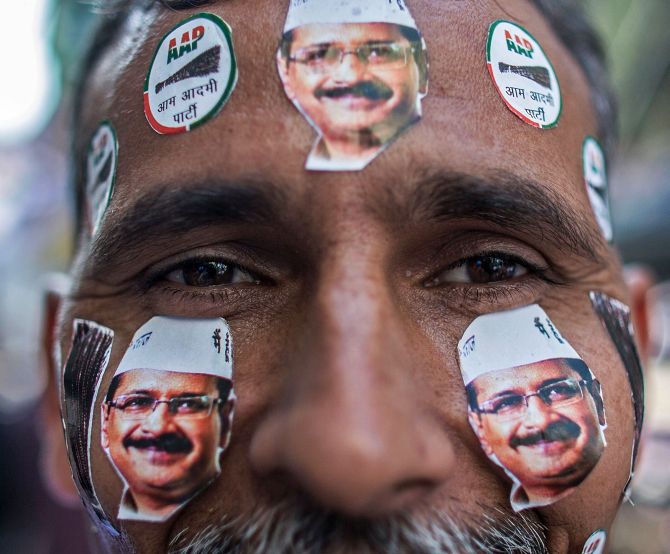 Bharatiya Janata Party leaders have "irritated" the people of Delhi by raising the amended citizenship act and National Register of Citizens during election campaign and it would "backfire" on them, senior Aam Aadmi Party leader and minister Gopal Rai has said.
In an interview to PTI, Rai said, "BJP has not done any work and is raking up these issues which has in turn exposed the negativity of the saffron party."
"People are getting irritated by the way BJP is raking up CAA, NRC and it is showing the BJP in bad light. The people who voted for the BJP in Lok Sabha polls are also supporting AAP in the upcoming polls," he said.
BJP leader Amit Shah has raised the issue of CAA and NRC in his election campaign and accused the Opposition of saying the same things as Pakistan Prime Minister Imran Khan.
Rai, who is seeking re-election from the Babarpur assembly constituency, asserted that the Lok Sabha polls were fought on national issues but the upcoming assembly election will be contested on local issues.
"The only thing people are talking about is the work done by the AAP. People are in the mood to vote on the basis of work done by our government," he said.
Ruling out any possibility of any post-poll alliance with the Congress, Rai asserted that the AAP would be winning over 67 seats in the upcoming polls so no such question arises.
"Congress is not in competition this year. Congress is not in competition and people are with AAP and there is no doubt among people on it," he said.
"If Congress is able to win a single seat in Delhi then it will be a big thing so there is no relevance to what they are saying," he said.
Rai said in the last five years his focus has been on providing basic facilities in his constituency.
"We have constructed roads, old cement pipelines have been replaced and opened 16 mohalla clinics, installed 2,000 CCTV cameras among other things," he said.
But in the next five years, he said he would focus on big projects. -- PTI
« Back to LIVE