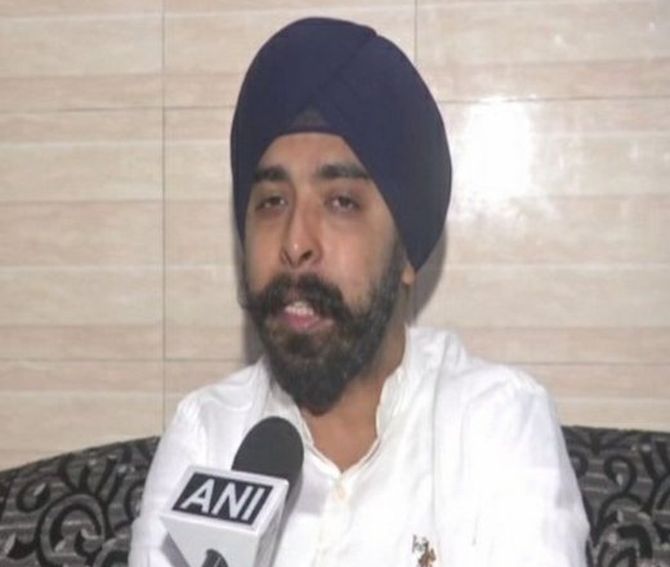 Poll authorities have issued a notice to Bharatiya Janata Party's Hari Nagar candidate Tajinder Pal Singh Bagga over his campaign video song, asking why its expenditure should not be added to his poll expenses, officials said on Saturday.
The notice was issued on Friday by the Hari Nagar constituency's Returning Officer.
"The Media Certification and Monitoring Committee (MCMC) of West Delhi district had sent an email raising suspicion of paid news in his campaign video song 'Bagga Bagga Har Jagah', following which the notice was sent," a senior official said.
In the notice, he has been asked why the expenditure on the song shouldn't be added to his poll expenses.
Bagga was asked to reply within 48 hours, failing which the 'decision of the MCM will be final', the notice said.
The video song uploaded by Bagga on his Twitter handle has garnered over 12,000 likes and more than 3,000 retweets.
"We are waiting for his response to the notice. Once we receive that then we will decide the future course of action," the official said.
Bagga took to Twitter to say, 'Complaints are being given to EC against me as Kejriwal ji is scared of me. Sanjay Singh has been sent to Hari Nagar 40 times in last 4 days. I am a common man and Kejriwal's candidate pitted against me has assets worth Rs 50 crore.'  -- PTI
« Back to LIVE