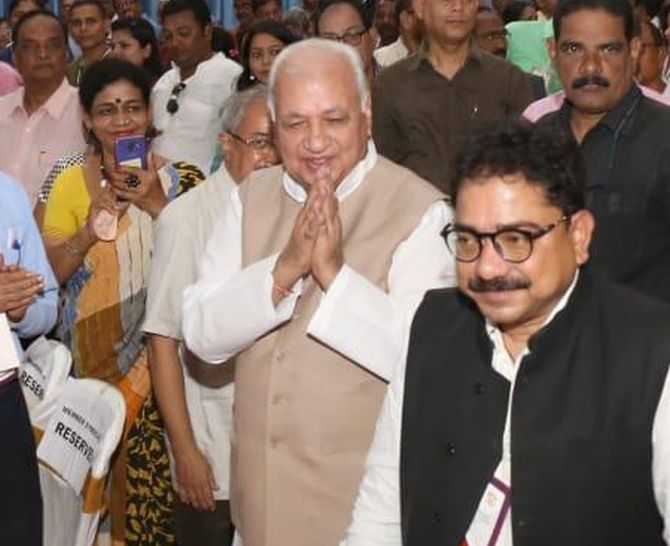 Targeting Governor Arif Mohammed Khan over the Citizenship Amendment Act issue, Leader of Opposition Ramesh Chennithala on Saturday said he will move a resolution in the Kerala Assembly, seeking his recall for 'violating' all democratic principles and 'publicly questioning' the pride of the legislature.
The senior Congress leader said he has given a notice to Speaker P Sreeramakrishnan seeking his permission to move the resolution in the Assembly under the rule 130 of the legislative business.
He accused the Governor of publicly challenging the unanimous resolution passed by the state Assembly against the Citizenship (Amendment) Act 2019 enacted by the Parliament during its winter session.
"Even the single member of the BJP in the Kerala Assembly did not cast his vote against the resolution passed by the Assembly against the CAA. But, the Governor has made public statements saying it was unconstitutional," he told a press conference in Kochi.
Terming as 'highly improper' the statement of the Governor over the issue, Chennithala said by adopting such a stand he has questioned the pride of the State Assembly and undermined its special power and rights.  -- PTI
« Back to LIVE