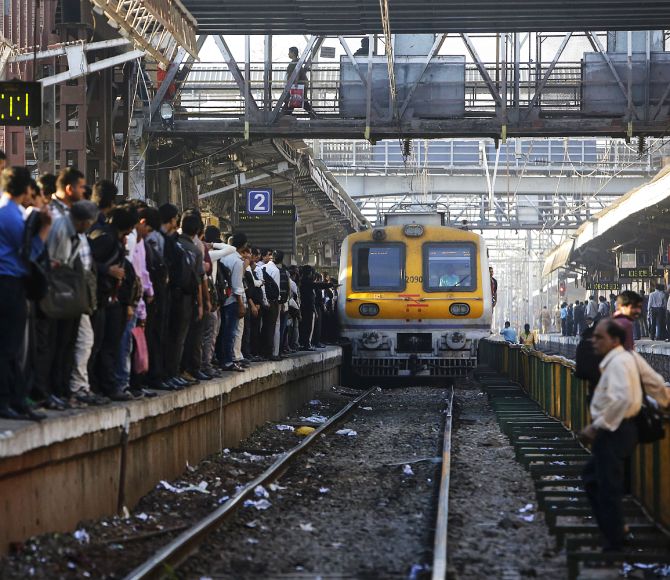 Suburban services on the Western Railway were disrupted due to a snag in the overhead wire between Mira Road and Dahisar stations on Wednesday, a railway official said.
All Borivali-bound trains were stopped because of the problem on UP fast-train line (towards Churchgate) for about an hour from 12.30 pm onwards, he said.
"The problem in OHE was rectified at around 1.30 pm and train services restored on the line," Ravinder Bhakar, chief public relations officer of the Western Railway said.
The Railways claimed that the services on the line were diverted on UP slow lines till the problem was resolved.
"Some trains were delayed and some might have been cancelled," he said.
The Western Railway provides suburban connectivity to areas such as Vasai, Virar, Palghar and Dahanu and at least 35 lakh commuters travel on suburban locals on the zonal railway every day. -- PTI
« Back to LIVE