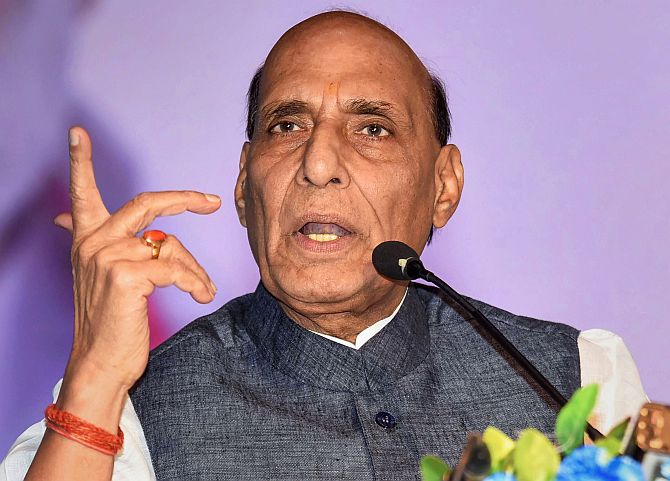 Defence Minister Rajnath Singh on Wednesday said Indian values consider all religions equal, and that is why the country is secular and never became a theocratic state like Pakistan.
Speaking at the NCC Republic Day Camp in Delhi, Singh said: "We (India) said we would not discriminate among religions. Why did we do that? Our neighbouring country has declared that their State has a religion. They have declared themselves a theocratic state. We didn't declare so."
"Even America is a theocratic country. India is not a theocratic country. Why? Because our saints and seers did not just consider the people living within our borders as part of the family, but called everyone living in the world as one family," the minister said.
Singh underlined that India had never declared its religion would be Hindu, Sikh or Buddhist and people of all religions could live here.
"They gave the slogan of 'Vasudev Kutumbakam' -- the whole world is one family. This message has gone to the whole world from here only," he added.
-- PTI
« Back to LIVE