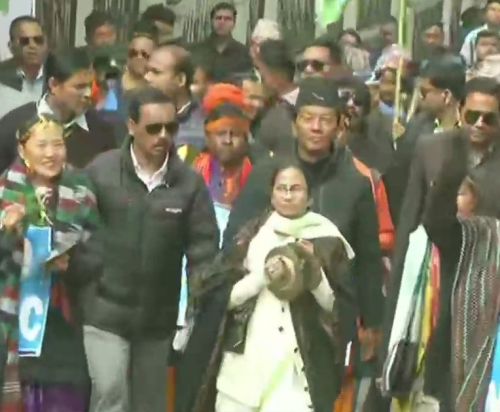 West Bengal chief minister Mamata Banerjee on Wednesday led a 4-km-long protest march in Darjeeling hills against the new citizenship law.
The rally began at Bhanu Bhakta Bhavan near Mall in Darjeeling and will conclude in the Chowkbazar area.
Earlier, she had led ten protest marches and six rallies in various parts of the state against the CAA and the proposed nationwide National Register of Citizens. -- PTI
« Back to LIVE