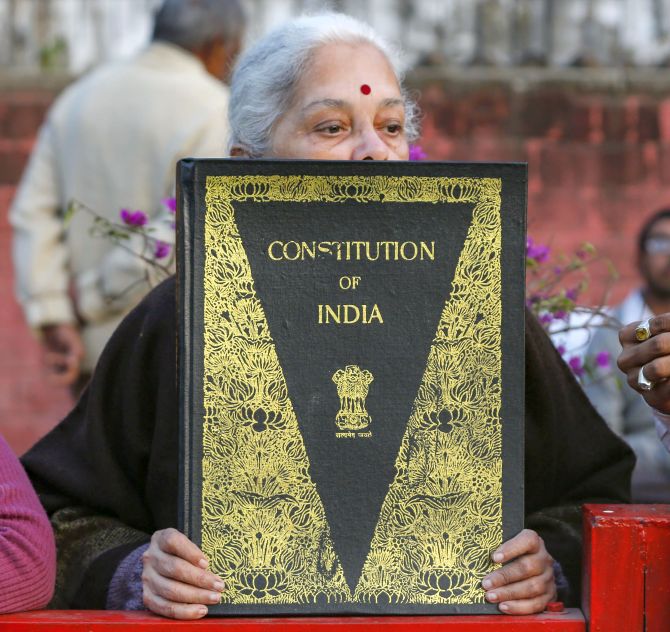 The Maharashtra government has made reading of Preamble of the Constitution after prayer mandatory in all primary and secondary schools, starting from January 26.
The statement issued by School Education Minister and senior Congress leader Varsha Gaikwad on Tuesday, read, "From January 26, a programme called Sovereignty of Constitution, the public interest of all will be started, wherein every school Preamble of the Constitution will be read by all in a group before the classes begin."
"It is being done so that everyone comes to know and understand the basic principles of the inclusiveness, justice, equality, liberty and brotherhood," the statement read.
A similar order was passed by the School Education and Sports Department on February 4, 2013, but it is observed that this order of 2013 is not being complied, according to the statement. -- ANI
Image: A woman holds a copy of the Indian constitution outside Gandhi ashram in Ahmedabad. Photograph: PTI Photo
« Back to LIVE