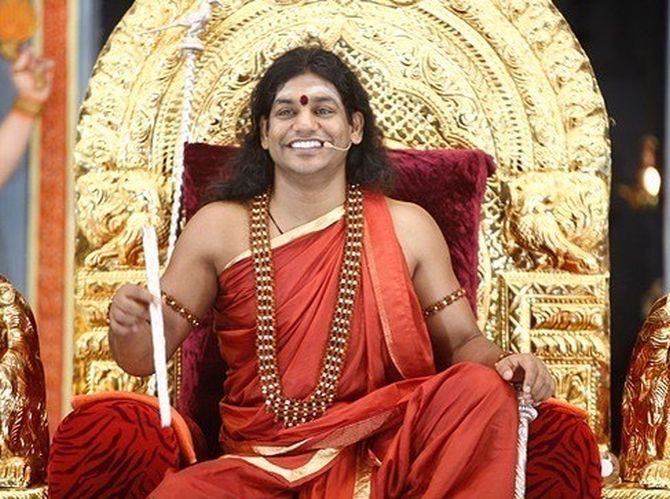 The Interpol has issued a Blue Corner Notice to locate self-styled godman Nithyananda, who fled India last year after a rape case was registered against him in Karnataka, Gujarat Police said on Wednesday.
The state police revealed the move in a chargesheet filed in a local court in connection with an FIR lodged against Nithyananda in November last year, after two girls went missing from his ashram in Ahmedabad.
"The Interpol issued the Blue Corner notice against the controversial godman this month," Deputy Superintendent of Police K T Kamariya said.
The police said they were working that a Red Corner Notice be issued by the Interpol against him now.
Nithyananda was earlier declared wanted by the Gujarat Police.
A Blue Corner notice is issued to locate or obtain information about a person in a criminal investigation, while a Red Corner notice is issued to seek arrest of a wanted person. --  PTI
« Back to LIVE